I am determined to share the little I know, learned from working as a graphic designer, photographer, and storyteller for humanitarian and environmental organizations, so you can sharpen your skills in case you want to join the fight for a healthier planet. Our creative expression is the weapon of choice.

Today I feel the need to describe a bit more about some principles that will guide this platform, hoping that you join us with your subscription and help us create a community of creatives for nature.

Take a minute and try to imagine the future you want.

How does your dream future look like? has always been a particularly difficult question to answer. So let's try another door. Now, try to imagine the future that in your opinion has a higher probability to occur. Are the two visions in the same ballpark at all? In my case, they are not.

In my opinion, it is very important to do this exercise and be realistic about it. We all need these visions, as it is hard to motivate people to change behaviors without a clear image of where they would prefer to go, in this case, a shared future, and where they might end up going.

Except in cases of severe Machiavellianism and pathological elitism, most people would want a better future world for all, where attributes like peace, equality, equitable sharing of wealth, economic opportunities, and labor rights for all, are present. In my vision, I see some of these ethical and moral considerations being applied to non-human animals too. That's why I write words, take pictures, and make films.

To help clarify the difficult concept of a truly good world, visit "Transforming our world: the 2030 Agenda for Sustainable Development". There you will find a plan of action for people, the planet, and prosperity, which also seeks to strengthen universal peace in larger freedom. That's the UN's main framework and road map to tackle some of the biggest problems we have. They are great, and need our help, although I would like to see more compromise from the bigger players and not just words and non-mandatory good wishes.

What I found on the UN page that helped my vision were sentences people wrote about their desired future:

"I want a world where men are not considered a threat to each other and where differences are not a reason for discrimination, but an opportunity for growth and comfort", "a world where progress is the progress of nature, from the respect and development of materials to the creation of renewable energies", "a world where companies do not think only about their own interests but about the common good and the environment", "a world where consumption is done rationally and thought of in a global way", "a healthy world, in which all humans understand that every action they take affects everyone" a world where we recognize the amazing results of evolution in all its forms, embrace the commonness of all beings, and work towards preserving them for the future.

Check for more inspiration: The Lazy Person’s Guide to Saving the World.

Art as a tool for social change

Society is made by the people who live in it and their education, in addition to having other functions, has the main purpose of helping to build the society we want. Yes, as we have heard many times before “education is key”. But what kind of education do we need or want? Plato, in his dialogue The Republic (380 BC), said that "Art must be the basis of education." So let’s help change the world with one art piece at a time.

If we look at art and its relationship with society in which it develops, we find a faraway and bygone era in which art was something intuitive and unconscious; a game of representations, experimentation with materials and textures, that were seen more as a craft than a symbolic medium able to change the minds and perceptions of people, as we now know it does.

Until the middle of the 19th century, art was a way of distinguishing social classes and power groups. The artists, paid by patrons, had their views and tastes bent under the weight of courts and church. Later on, a system of dealers, galleries, and free traders sprouted, opening the horizons of artistic experimentation, putting onto the stage a new protagonist and a game-changer, us -the public. The viewer, the observer, has played a determining role ever since. But here at Moonleaks we want to be more than viewers, we want to be doers if we want to, and experience the “creative response” in our own flesh, as we go through the process of creation.

Education and art were the keys to the Bauhaus, the school founded in 1919 by Walter Gropius in Weimar (Germany) and closed by the authorities of the Nazi Party in 1933. It is not by chance that it was a dictatorship that demanded the closure of an institution that taught to think in freedom and in community.

“Architects, sculptors, painters, we must return to manual work. Let us, therefore, establish a new brotherhood of artisans, free from the arrogance that divides social classes and which seeks to erect a barrier between artisans and artists”. With these words, the first director of the school, Gropius, sought to reformulate educational models to make them revolve around art, a tool for a better society and in continuous relationship with science and citizenship.

In 1934, the North American philosopher John Dewey published “Art as experience”, an aesthetic treatise in which he proposed that artistic creation should evolve from the work of art understood as an object, to be understood as an experience. An experience is something that affects one's personal life and this is why his theories have been so important to sociology, education, and us.

Dewey's theories refreshed Philosophy, Aesthetics, and Anthropology and strengthened the ties between art and the everyday experience, thus reminding us of the responsibilities that art, society, and the individual have for each other:

“Works of art are the most intimate and energetic experiences to help people participate in the art of living. Civilization is uncivil because human beings decide to divide themselves into sects, races, nations, and classes that do not communicate with each other ”.

Along these lines, the American artist Allan Kaprow developed the concept of artistic happening, a work of “action art” that involves the public to create a total experience. In "Assemblage, Environments and Happenings", published in 1966, Kaprow describes the limits of traditional creations from the intention of the new relational art: “The common function of these alternatives is to free the artist from conventional notions of a detached and closed disposition of time-space. A painting, a piece of music, a poem, a drama, each confined within its respective frame, a fixed number of measures, stanzas, and settings, however grandiose they are in their own right, simply do not allow the breaking of the barrier. between art and life”.

I believe I understand a bit better now what all this means when, after having made my first feature film, and tried and failed at hundred other expressive formats, I remember how I felt while doing the work, connected, critical and alive.

Why should we engage?

Because we must give ourselves the opportunity to change and grow through the creative experience. We all change through experience. The French existentialist philosopher Maurice Merleau-Ponty said: "I am not the spectator; I am involved, and it is my participation, in a certain point of view, that makes possible both the finitude of my perception and its openness to the world as a horizon of all possible perceptions."

This capacity the individual has to influence the surrounding reality, the revolutions of the artistic -isms, the questioning of the limits of creation, the free exploration of reality, and the rupture with the traditional meanings of art, were the ingredients of the movement Fluxus in the early 1960s. Marcel Duchamp, an ideologue of the concept of artistic absurdity, and Joseph Beuys, the total artist, incarnated the disappearance of the border between art and life. They used to doubt, conflict, everyday objects, and questioning, to illuminate one new way of seeing/existing in the art.

Beuys, influenced by Idealism and North-European Romanticism, stated that "the authentic work of art lies in transforming the consciousness of the spectator in order to activate reality and thought."

The leap that Beuys wanted to make was from an art far from the needs of man and focused on styles and forms, to art related to the "social body", an art in which creativity has political, spiritual, and economic dimensions. For Beuys, whose pedagogical theories had a central place in creativity as a science of freedom, "every man is an artist" with creative faculties that must be perfected and recognized. Creativity was for him the most effective means for the reproduction of technical intelligence, and for the development of new looks on things and life.

It could be said that Joseph Beuys was one of the pioneers of "artivism" (art-activism), a current aspect of political art that goes beyond “pointing fingers” and proposes actions. At Moonleaks we would like to encourage the participation of people in projects, where we are all actively involved to reflect and shed light on ideas that help nature. Beuys developed campaigning for direct democracy and environmental causes. One of his most famous campaigns was about reforesting Germany in 1982. The title was "7000 Oaks", and it involved the entire community of the city of Kassel and lasted 5 years. The initiative sought to involve the neighbors of that place to think about and designate the places where trees would be planted, thus creating an exercise in collective creativity. The artist - and by extension, the individual - acquires a new role, a role that helps reactivate the cohesion of communities through creativity. Here is where I ask you to subscribe:)

Art, nowadays, has ceased to be a courtesan and serves, in many cases, as watchman.

In this environment of technology and global creativity is where Moonleaks was born. We would like to become a laboratory of experiences, a network connecting realities of diverse geographies and sectors to open new paths of understanding, a think tank that relates to artists and creators of the documentary, photography, and graphic work, with critical stories to tell, and to influence with.

"Action is our relationship with everything."
Bruce Lee.

Go back to the top of the page. 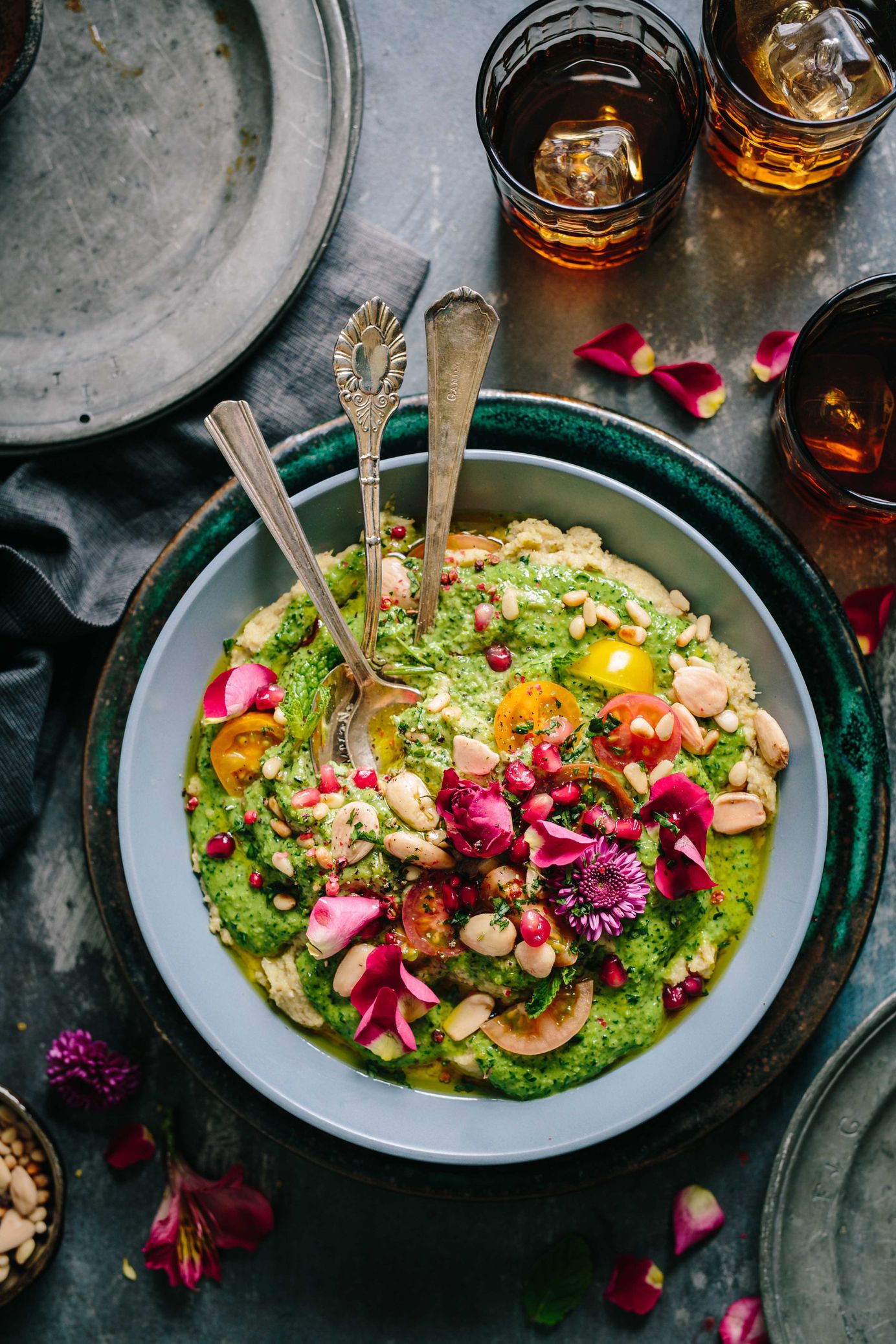 Your child on plants! What do you do when your 3,5-year-old tells you that she won’t eat animals? Paid Members Public

Food remains not only one of the best remedies for our health, it also promotes animal welfare and reduces our impact on the climate. But becoming a vegetarian or a vegan and remaining healthy is more than just stopping eating animals.