Why am I doing this?

I am not intending this article to imply that I have arrived where I want to be about what I bring to my mouth, nor that I possess any kind of knowledge that is not readily available for everyone. Vegetarians endure a lot of explaining when asked about why we don't eat meat. I still struggle with some of the things I eat, wear, or buy. But I believe that I am in the right track to minimize the suffering my actions produce, and I am quite happy for it.

For some people becoming vegetarians has to do with ecology, for others it is about health or ethics. Wherever you are in the spectrum of eating fewer animals I believe you are in the right track, and that you are helping us all with your choices. You are helping the planet, the forests, other species, and even the person in front trying to catch you at not being perfect. You don't need to, we do what we can.

So next time you are approached at a dinner party about why you would't take that stake, this article might echo your reasons and help expand your arguments. With me, I just happened to have a transformative direct experience, kind of by chance while I was making a film, where I felt what it means to watch someone dying for me, my plate, and my pleasure.

I do not encourage you to watch the clip below, you shouldn’t. You might already know what goes on behind the guarded walls of the meat industry, maybe you already visited a slaughterhouse. Maybe you are too sensitive to watch content about animal husbandry, and would understandably prefer to just read rather than watch what made me change. Or perhaps you choose to remain unaware of the facts in order to keep on having your favorite dishes on the menu. I don´t judge you as I was there most of my life, unaware of what goes on. This post is not meant to hurt you, but to help break the unrealistic perception most people have about the connection between perfectly packaged and marketed meat trays at the supermarket, all clean and seemingly inoffensive with happy cows on the cover, and the actual animals supplying those proteins.

Breaking the mirage of clean meat

It is no secret that all animals do what they can to preserve their lives, escape from pain, fulfill their functions, and thrive in their environment. If that is consciousness or self awareness is arguable. But the presence of consciousness should not determine our behavior towards creatures that clearly suffer. See below.

To know the consequences of our actions when it comes to food is quite hard. There is a flagrant lack of transparency in the food industry. Food should come with a prescription of some sort, as if it was a drug, where we could read its impact and contents. Food is not what our grandparents thought it was. Now the abuse of land, water, air, and antibiotics is almost an ever present set of features in modern meat production.

According to a United Nations report "each 50-gram portion of processed meat eaten daily increases the risk of colorectal cancer by 18 percent,”.

One could also argue if it is ethical to use so many resources to produce meat for a relatively small part of the global population. The sheer inefficiency of such an enterprise is appalling. Each year 775 million tons of grain and 200 million tons of soy go towards meat production in developed countries, while hundreds of millions of humans, many of whom rarely eat meat, live in extreme poverty. Let’s contemplate this fact for a second: over half of all the world’s crops go to feed animals raised for the sole purpose of providing food for us.

The emotional connection that is needed

As mentioned earlier, the numbers were not the decisive factor for me to stop eating meat. It’s quite easy to get lost in big numbers, they are too abstract and do not always translate to better understand how much of an effect they have on individuals. Maybe the connection with an image can have more effect, that is what I thought when I decided to talk about this, and share what was in my computer for so long.

Images are worth a thousand words, and there are many examples of how effectively they operate in the collective perception of needs, and our subsequent actions.

Let’s try one thing. Imagine one picture of a refugee camp from afar, thousands of people live there and many of them suffer. Now imagine the close-up photograph of a deadly hungry girl with a vulture behind, waiting. Maybe you know the image I am talking about and the impact it had. Do these images affect us in the same way? No, they don't because we do not see the individual in the first one and thus is harder to connect emotionally.

Let us run another thought experiment, one that involves not only your thoughts but maybe also your actions. Imagine a stake on your plate, it does smell great and you are about to eat it. Imagine the table where the plate sits on, bring as much detail as you can to the scene. Take your time. Now picture that cow alive, you are pouring her water and she drinks it with pleasure. You don´t like cows? Picture a little lamb instead, you are petting him. Now try to imagine yourself in a slaughterhouse, facing a group of lambs that are about to be slaughtered. The lamb you remember is right there in the middle. Is that the one I met?, you wonder. Maybe not? Does it change anything? Maybe not? Now try to picture yourself killing a chicken with your own hands. Could you do it? What about the lamb or the cow?

I know that this little exercise might sound absurd and stupid, but that is how I felt when I shot the video below. I felt that the hand killing the cow was mine somehow, it was very intense. I felt like an accomplice of a mass murderer, and that felling followed me for a while. I couldn’t unlearn what I saw and I decided to become vegetarian.

A plea for the animals

I consider the book “A plea for the animals” a masterpiece at addressing almost every argument, or reason, that we give ourselves to look the other way while 60 billion land animals, and a trillion marine creatures, are killed for human food every year.

We have been numbed with advertisements and cheerful cows on packages. The level of precision with which we are targeted, and lied to, by the meat industry could be part of a dystopian thriller if it wasn’t true. In his book, Matthieu Ricard points to many ways throughout history in which religion, philosophy, and bad science have been used to justify the portrayal of animals as objects, slaves and  things to be used for human benefit.

A Plea for the Animals is a gem full of wisdom and balance that capably counters most arguments in favor of meat-eating. Here I quote some passages and insights that I felt interesting enough to bother you with. I hope that you read the whole book though, it is worth the while.

Quotes from "A plea for the animals"

The phenomenon of bioconcentration

Bioconcentration is the ability of an organism to accumulate a chemical from the ambient environment.

We are all in the continuum of evolution

“In light of the evolutionary links and the behavioral similarities between humans and higher animals, it is difficult to believe that psychology could explain human behavior but not animal behavior” - If we got our eyes, our hearts, and brains from evolution little by little, why do we think consciousness just happened in sapiens? Isn't that a bit strange that after more than 4000 million years, evolution just came up with something that good just 15 million years ago? and then, share it only with humans of course.

In Contre la Mentaphobie (Against Mentaphobia), David Chauvet shows how this denial of consciousness in animals serves as an excuse for exploiting animals without feeling guilty about the serious abuses we commit toward them. The same excuse has been put in play with people too. “If we were to recognize that the animals are not fundamentally different from us, it would force us to forbid treating them like instruments, utensils, purely serving our interests”

The Cambridge Declaration on Consciousness, states: “The absence of a neocortex does not appear to preclude an organism from experiencing affective states. Convergent evidence indicates that non-human animals have the neuroanatomical, neurochemical, and neurophysiological substrates of conscious states along with the capacity to exhibit intentional behaviors. Consequently, the weight of evidence indicates that humans are not unique in possessing the neurological substrates that generate consciousness. Non-human animals, including all mammals and birds, and many other creatures, including octopuses, also possess these neurological substrates.”

The unthinkable tortures that we continue to inflict on them year after year represent a challenge to contemporary ethics.

“Speciesism also consists in discriminating among animals. You are a speciesist if on the one hand you protest against killing and eating dogs and cats in Asia and against the hunting of baby seals and whales, but on the other hand you accept killing and eating cows and pigs as well as hunting pheasant and fishing for carp. You are a speciesist because you favor certain species (cats, dogs, baby seals, and whales) because they are “cute” or “lovable” and do so solely on account of their belonging to a certain species. This is what Gary Francione quite accurately calls moral schizophrenia.”

I would like to hear from you, what moves you and inspires you. Click here to tell us what is the must-read book on Nature we should all know about.

In my own experience - VIDEO

For me, it did not make sense to make a documentary about the wrongs done to a certain kind of hunting dog, and not care to bring other animals in need to my film. After a long time looking, I found a character that allowed me to talk about various uses of animals without diverging from my main story. This is what I found. Please watch it with care.

The links to the book that I review here are affiliated links. That means that if you decide to buy it through our link, we'll get a little commission. 100% of the profits we get from them will go to planting trees with the programs: Plant for the Planet and Global Forest Generation.

Get the book "A plea for the animals" at https://amzn.to/35TnEaa

Another must read book, which actually was made into a documentary is Eating Animals - https://amzn.to/3bUv9BC

I would like to keep this platform free from advertisement, that's where you come in. So if my work has enlarged and enriched you in any way, please consider helping this platform by becoming a member. Your support makes all the difference. 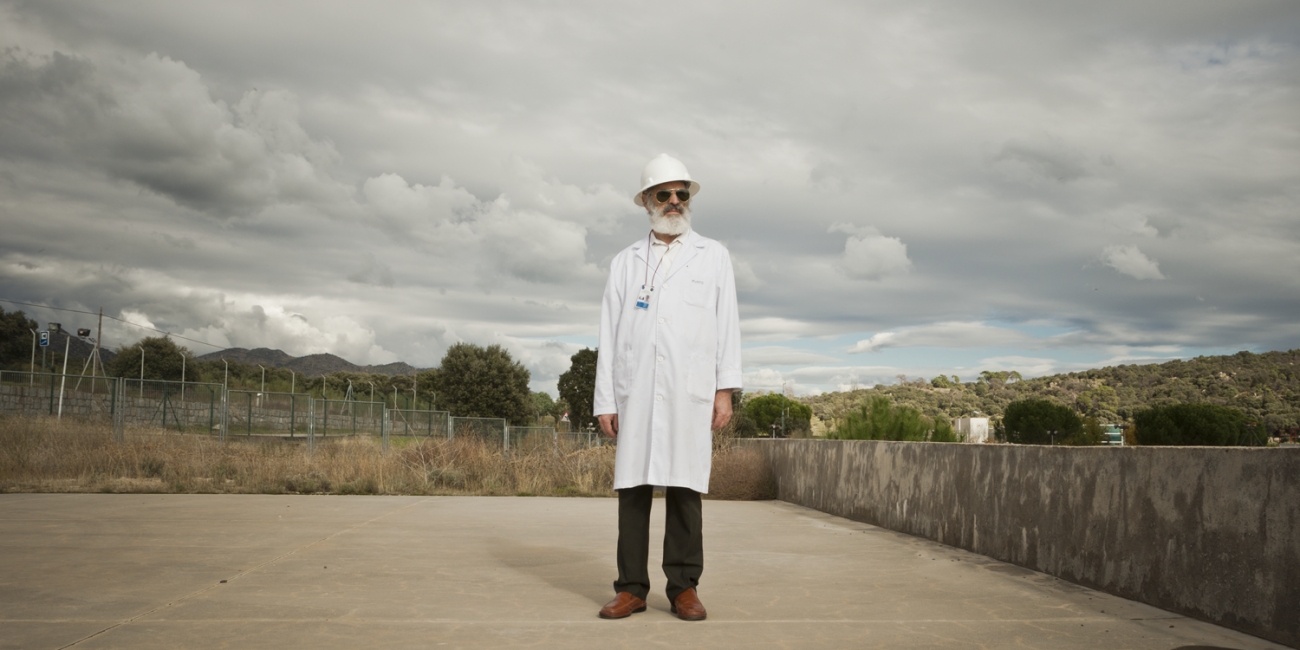 Creativity comes in many ways and trades. Here there is an example that touches me closely: my father and his monumental work with creating his own language and typography. With it, he recorded from his work at NASA to the tiniest shopping list. Now I understand that fonts were always in my blood.