In 2016, as we were launching our first crowdfunding campaign, the world commemorated the 400th anniversary of Miguel de Cervantes Saavedra’s passing (Alcalá de Henares 1547 – Madrid 1616). He was the prince of wits and author of the first modern novel in Spanish and one of the most influential books in history, "Don Quixote". His novel, a timeless masterpiece, is an immortal portrait of the ideals and miseries cohabitating the human soul. This post is a homage to the creatures that configure Cervante’s surrealistic and symbolic universe, with a focus on the galgo of course, the protagonist of our first feature film documentary.

Published in 1605 and titled "The Ingenious Hidalgo Don Quixote of La Mancha" the first part of the novel had a mocking tone.  Cervantes wanted to "put on hatred of men the foolishness told in the chivalrous novels of the time" using their own narrative devices and similar themes, but with more than a twist.

Hidden between lines, the novel shells a very modern parody of customs, traditions, symbols, rituals, and languages that I very much witnessed when I was shooting Yo Galgo. That film was indeed a trip back in time where Don Quixote’s presence was everywhere. Mad and heroic at once, his adventures, fantasy, hunger for life, honor, and freedom, were a true inspiration throughout our filmic endeavours.

“Freedom, Sancho, is one of the most precious gifts that heaven ever gave to man. Neither the treasures hidden in the earth nor those the sea covers can equal it. For freedom, as well as for honor, one can and should risk one's life”

This odd mixture of pride and honor characterizes our anti-hero and, to a point the “Spanish character”. Here I talk about a kind of vain pride that shares many traits with the reality and sorrows of the galgo. Pride is born from a perceived genetic condition, individualism and the honor of belonging to a certain self-proclaimed kingdom or house. Many galgueros look to take part in history, and divinity, through the creation of the perfect galgo. More than once did I hear something like “in the world of the galgo everyone is equal, and the peasant has a chance to break bread and defeat the rich, the powerful, and become immortal” - Immortal as in: “everyone around the galgo will remember my name and that of my house and bloodline”.

Galgueros are thought of, surprisingly only by galgueros, to be the heroes of the great medieval epic Songs. 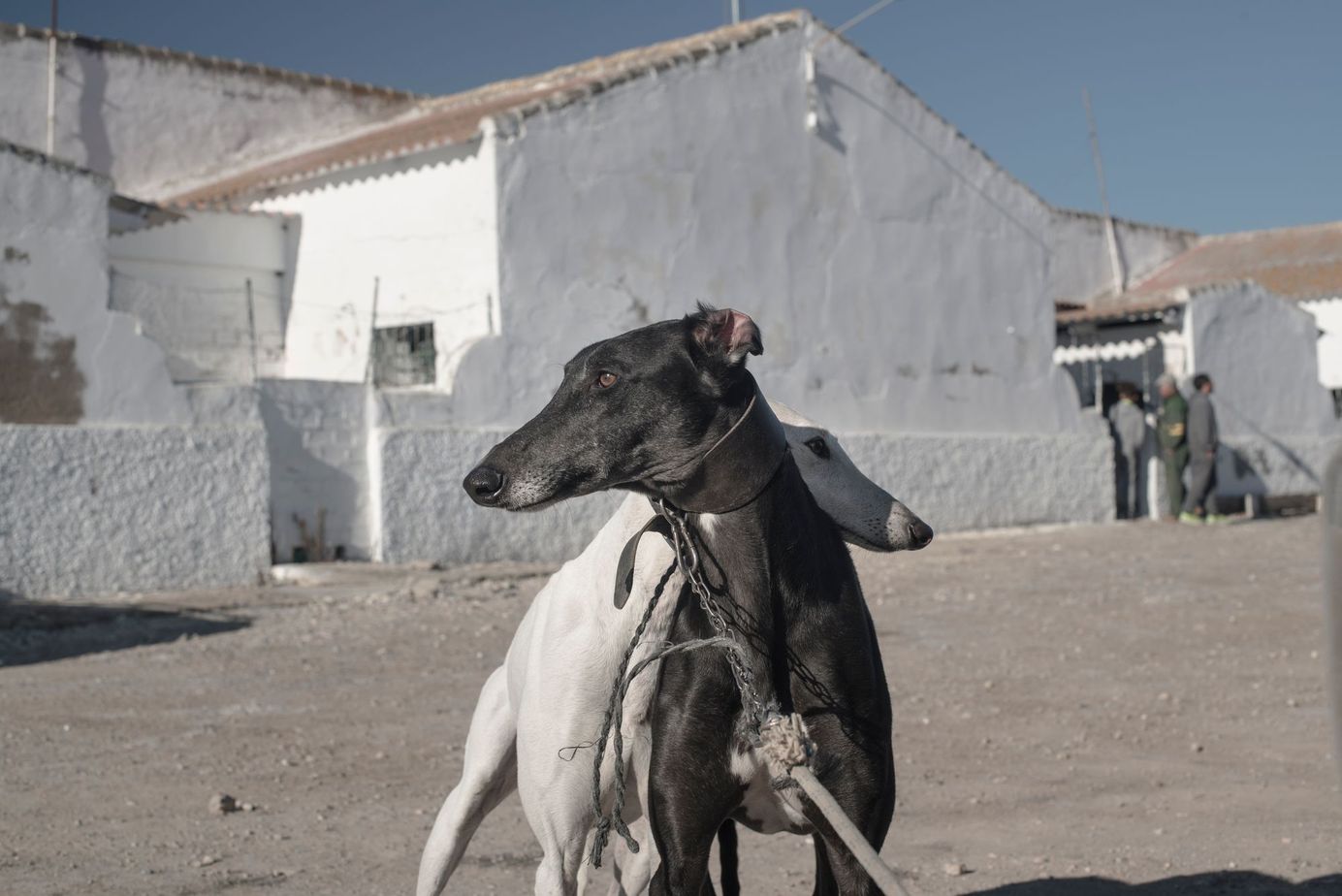 It was about time that Spain dared to review the law that contemplates and regulates animals. Accordingly, the Ministry of Social Affairs presented a draft of such a law, subject to modifications, that is progressive and, in my opinion, very encouraging.